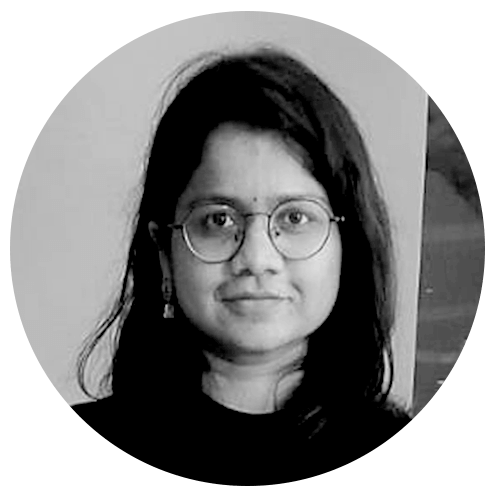 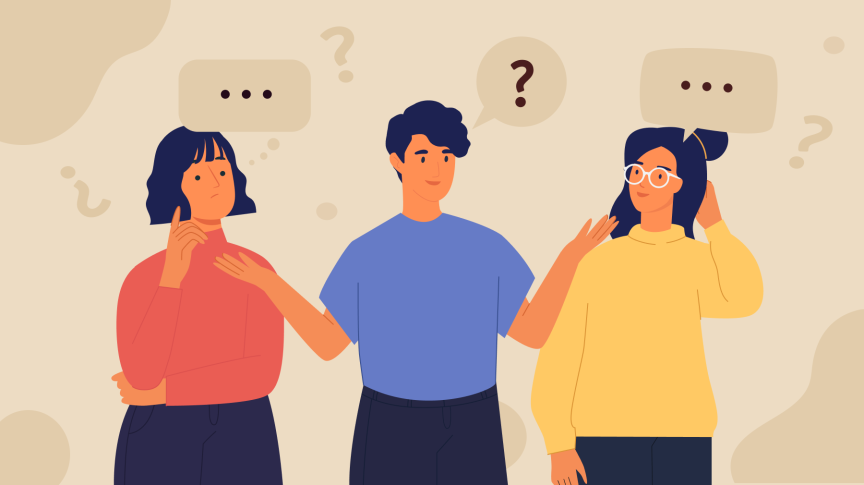 Connections are made by our brain, whether thoughts, ideas, actions and consequences are truly connected or not. Such connections might have been helpful in dealing with and coping with various situations and challenges at the time of creation. However, sometimes one tends to make connections and interpretations which are not rational or healthy in the long term.

Irrational thoughts and beliefs may lead one to interpret reality inaccurately. These biased perspectives on ourselves and the world around us are called “Cognitive Distortions”. Though subtle, these distortions become part of one's day-to-day thoughts and can often become difficult to recognize. Identifying and understanding these distortions is important, as cognitive distortions may lead to mental health challenges such as depression and anxiety.

Cognitive Behavioural Therapy, which is important in non-pharmacological management, aims to identify these patterns, challenge them and provide alternative thoughts.

The various different cognitive distortions include:

Such thinking assumes extremes and does not acknowledge anything in between. It is either “excellent or too good”, or it is “awful”. It is also referred to as “black-and-white thinking”. This thinking pattern affects one’s confidence, as one assumes to be either “perfect” or a “total failure”. For example, when one wants to follow a diet plan, any slight deviation may cause one to give up and call oneself a failure.

In such a distortion, one assumes that “If something is true in one case, then it applies to all cases which are even slightly similar.” So, based on one instance, the overall pattern is generalized. It is thought to play an important role in the development and continuation of anxiety disorders.

Mental filter distortions filter out all the positives of a situation and give undue importance to the negatives. It results in one having a pessimistic view of themselves and everything around them. A study published in Europe’s Journal of Psychology has shown that this cognitive distortion in people contributes to feelings of helplessness and even suicidal ideations.

For example, in a relationship, one may choose to fixate on a negative comment made by their partner, ignoring all the good things said before.

This cognitive distortion resembles mental filtering. The difference here is that one actively chooses to reject positive thoughts. It can contribute to the continuation of negative thought patterns in spite of evidence to the contrary. For example, instead of being proud of one’s achievements or awards, the person attributes it all to “pure luck”. This type of thinking pattern questions confidence in one’s abilities and can lead to “learned helplessness” and depression.

It is a pattern of distortion in which one comes to unwarranted conclusions without having all the facts. One comes to (usually negative) conclusions about what other people are thinking. It can lead to frequent arguments in relationships and contribute to anxiety.

Jumping to conclusions may manifest in the following ways:

People usually have both positive and negative qualities. Individuals with this distortion maximize their shortcomings while ignoring or minimizing positive qualities such as personal achievements. Exaggerating the importance of insignificant problems might lead to anxiety and panic.

Experiencing emotions and feelings may not always be according to the facts. This distortion involves acceptance of one’s emotions as fact. For example, if one experiences feelings of guilt, they may incorrectly conclude that they are a terrible person. 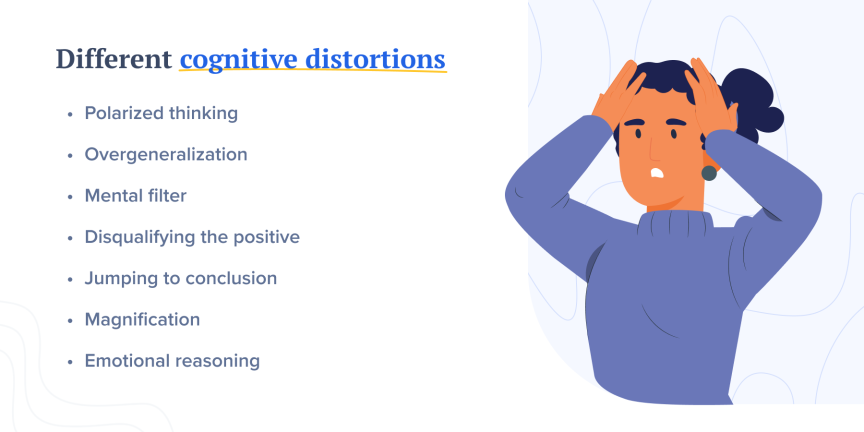 These are more often ‘must’ or ‘ought to’ statements one imposes on themself and others. When imposed on oneself, these create unreasonable standards that one “must” adhere to, failing which leads to feelings of guilt and decreased confidence.

When imposed on others, such thinking patterns lead to disappointments if they do not meet our expectations, leading to dissatisfaction, anger and resentment - particularly in relationships. For example, regretting that he/she didn’t speak or react in a certain way after arguments.

This distortion is an extreme form of overgeneralization. Judgment about oneself or others is based on certain behaviours. Rather than seeing it as an independent reaction, one tends to define the individual based on one particular behaviour alone.

For example, through the lens of judgment made during the first interaction, one might decide that someone is a "jerk" and continue to believe it in all future interactions.

This distortion makes one take things personally and blame themselves for everything happening around them, usually without any logical reasons. In reality, the situation may have involved many factors which are not under one’s control. For example, blaming their parenting as a reason for their child’s poor grades in school, instead of finding out the real reason behind the poor grades. This can affect one’s self-esteem and lead to feelings of inadequacy.

This involves believing that things or situations will be better if the other person or things around them change. It assumes that one’s happiness and success depend on the people around them, leading to the belief that trying to change others is the best way to get what they want.

For example, a wife who believes that if her husband changes and becomes more expressive, then she can be a better wife.

This distortion involves the need to be always right. To the individual with this distortion, it is unacceptable that one could be wrong about something, and so they fight hard to prove that they are correct in their thinking. It is commonly seen in people who are perfectionists.

For example, in discussions on common issues like politics or cricket, more than looking at it as a difference of opinion, the person spends time arguing with their “opponent” to prove their point.

It is based on the false reasoning that one should be rewarded based on how hard he/she works. Individuals with this distortion believe that the struggle, hard work, and sacrifices they make “must” be rewarded. When they don’t receive the expected reward, it can lead to unnecessary anger, frustration and disappointment.

In this distortion, one believes and expects things based on equality and fairness. This makes them blame others and not take responsibility for their own actions. In the long term, this distortion makes one feel unfairly victimized in difficult circumstances. 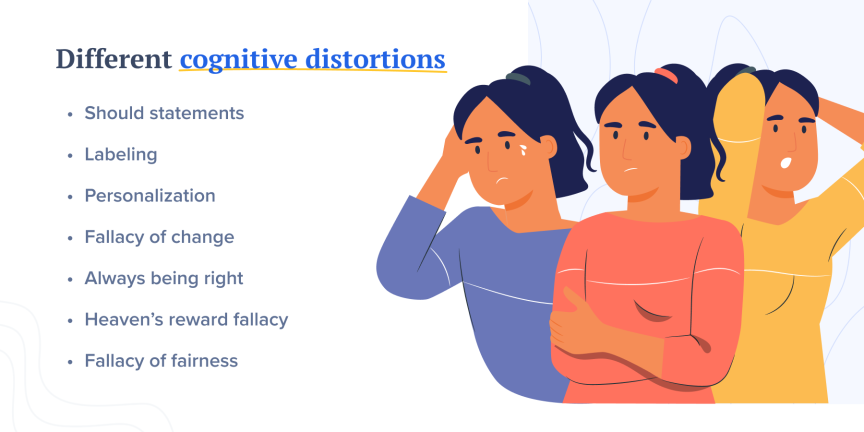 The awareness of our thoughts and thinking patterns helps give us the scope to identify cognitive distortions, as these can become conditioned in one’s mind. This can lead the afflicted person to believe them without critically thinking about the fallacies. Identifying and altering the distortion would eventually help in regulating emotions, and coping with stress and other mental health challenges.